LIST OF PARTICIPANT ACADEMIES OF THE FESTIVAL OF DIONYSUS
1. OSIJEK, CROATIA
UMJETNIČKA AKADEMIJA U OSIJEKU

12. SIBIU, ROMANIA
“LUCIAN BLAGA” UNIVERSITY OF SIBIU - THE FACULTY OF LETTERS AND ARTS

3. CETINJE, MONTENEGRO
Branislav Mićunović, full professor, Branko Ilić, teaching assistant – SUIT THE ACTION TO THE WORD, THE WORD TO THE ACTION
Participants will have to recognize the fundamental elements of acting in Hamlet’s speech addressed to actors. Scenes will then be improvised based on these elements. The aim of the workshop is to draw the attention of those students who have just started to act to the necessity, and to remind those in process of improving their acting of the fundamental nature of these elements.

4. LEEDS, GREAT BRITAIN
Teresa Brayshaw, principal lecturer and Kate Craddock, senior associate lecturer – JUST BE YOURSELF
The workshop offers a series of skills that will enable the participants to work in groups within the scope of contemporary performance. The participants will be encouraged to “just be themselves” without taking over the “character”; to complete a series of “tasks“ and not to work on the scenes from the existing “dramatic text”. The workshop is based on the visual and physical aspects of performance and its goal is to accept the team approach connected to “playing” and “playfulness”, to the rhythm, song and participants who are “faithful to themselves” on the stage. This workshop offers “tools” which the participants can adopt and apply on their own creative processes.

5. SIBIU, ROMANIA
Adriana Nicoleta Bârză, teaching assistant – FROM TEXT TO BODY IMAGE
The workshop addresses the I., II. and III. year students of Acting. The workshop aims at helping the future actors to eliminate physical and mental blockage and liberate the subconscious organic nature. The theme of this workshop is based on the transmission of energy, inner expression, feelings and thoughts through body language. Essential in accomplishing inner control and revealing it in a corporal manner, is concentration and relating with the group and with the partner. The movement clichés will be removed and everything will be based on the movement discovery. For example, we will start from a simple dialogue or monologue to express the same dialogue or monologue with a body language (in a non verbal way and after that in an expressive way). All the participants should have read the text Richard the 3 by W. Shakespeare (in their language). During the workshop participants will work in special with the dialogue between Richard and Lady Anne, the seduction scene.

6. NOVI SAD, SERBIA
Nikita Milivojević, full professor, teaching assistants: Mariana Aranđelović and Boris Liješević –SHAKESPEARE IN LOVE
The class acting/directing is different from all the others at the Academy in Novi Sad and beyond since it includes both actors and directors. Since the first semester, actors work with directors, they play in their film and theatre etudes, whereas directors act in actors’ final exams. This workshop will demonstrate how this class works. What makes this method special is that the work on classical texts (Chekhov, Shakespeare) does not begin only by the analysis of the text (“at the table“) but activates the body at the same time. The play with the impulses that occur in the actor’s body when confronting the text opens new authentic spaces to play and imagine. The purpose is to form a kind of “abstract language”, that is “a language of instinct” through various assignments, improvisations, exchanges of ideas, energies – changes, rapid transformations (from one situation to another). The next phase of the process includes the writer, that is, the text. Now the play itself can become something to play with, characters allow people to play with other people (by means of imitation), whereas the writer’s relations enable the possibility of various associations. This kind of work makes scenes, deeply personal and authentic, because everything is based from the very beginning on the individual personal material.
FROM 13.30 pm TILL 16.00 pm

8. ZAGREB, CROATIA
Joško Ševo, full professor – SHORT CUTS
Participants improvise while they act creating short dramatic actions, scenes. The aim of these improvisations is to present a clear legible dramatic action by using minimal number of words and the simplest acting methods. The emphasis is on the conscious need to be on the stage, the emotional structure of the situation, that is, on governing our inner self (inner mise-en-scene), on the simple but effective usage of simple acting methods (word, look, gesture), on the concentration on the partner, and on the use of silence and pause as the components of dramatic action.

9. ISTANBUL, TURKEY
Fatma Keçeli, assistant professor and Zerrin Yanıkkaya, assistant professor – EXPERIENCING THE OTHER
Consists of two parts – two creative workshops which can be described as the learning process by means of acting, living and experiencing. The workshop attendance should be kept below 16 participants. At the first workshop the participants will get to know each other by means of several exercises. The second workshop will deal with “the other”. The aim is to become aware of the people which are considered to be “others” due to their ethical, sexual or religious persuasion, or due to their different emotional, mental and physical capabilities. Improvisations that will be done during the workshop will be shown at the workshop presentation.

11. LINZ, AUSTRIA
Aleksandar Acev, assistant professor – MOVEMENT AND PHYSICAL ACTING
Movement training led by professor Aleksandar Acev will deal with basic principles of physical acting: action and reaction, impression and expression, feelings and doing, experience and creation, familiar and unknown, real and abstract, common and fictitious. It is based on the basic elements of actor’s expression: look, attitude, gesture, and breathing. The workshop will attempt to explore the possibilities of physical interaction between two actors with reference to various areas of human experience and relationships: humor and drama, risk and security, order and chaos. After introductory analyses of the main elements, we will move from initial improvisations to composition, from variation to movement sequence in order to reach the characteristics of movement dramaturgy. The participants will be required to seek/find unusual solutions for their stage movements in which vulnerability and openness play an important role.

12. OSIJEK, CROATIA
Robert Raponja, assistant professor, Majkl Mikolić, teaching assistant and Jasmina Pacek, MFA, teaching assistant – PERSONALITY AND ACTING
The personality of every performer is shown in his or her acting. The participants of the workshop will be acquainted with seven basic levels of personality and five relationship models. They will test their own acting by working with their partner and group. By doing physical exercises, by testing four basic (wet) emotions, and by naming things and phenomena at different levels, as well as personal goals and wishes, the personality of performer goes through three stages: 1st stage: I believe I am...; 2nd stage: other perceive me as.....; 3rd stage: I am in fact... By questioning who we are, we become aware of our personality and the specific characteristics of our physical and emotional reaction and abreaction in different circumstances and dramatic (comical) actions. 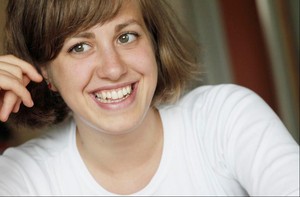