The Sonic Lab is an intermedial computer music concert hall with a  peripheral loudspeaker system, and was initiated  for the Bruckner University by Andreas Weixler between 2005 and 2015, in conjunction with the studios and facilities of the Computer Musik Studios CMS.

The aim was to facilitate research and performance of electro accoustic compositions as well as international exchange  in teaching  and production  with other highly developed  national and international music studios. The public is surrounded by a klangdom with 20 full-range loudspeakers  and 4 subwoofers for the bass, the sounds can be moved horizontally or vertically.

The  CMS Studios and the  computer music concert hall are compatibly structured.  A double projection in the Sonic Lab allows the performance of audio-visual works and the hosting of conferences and symposiums.  Interactive visual performances, in which the sounds of acoustic instruments interact with  pictures  and spatialised (moving around the room) computer music sounds, are one of the specialities of the CMS.  The specially constructed acoustic of the Sonic Lab  provides the  perfect performance space  for jazz and improvised music, particularly for percussive and electro-acoustically  amplified sounds, and for contemporary compositions, music theatre and the media arts. Finally the Sonic Lab  is actually the place for music of the future, due to its strong pedagogical  orientation. 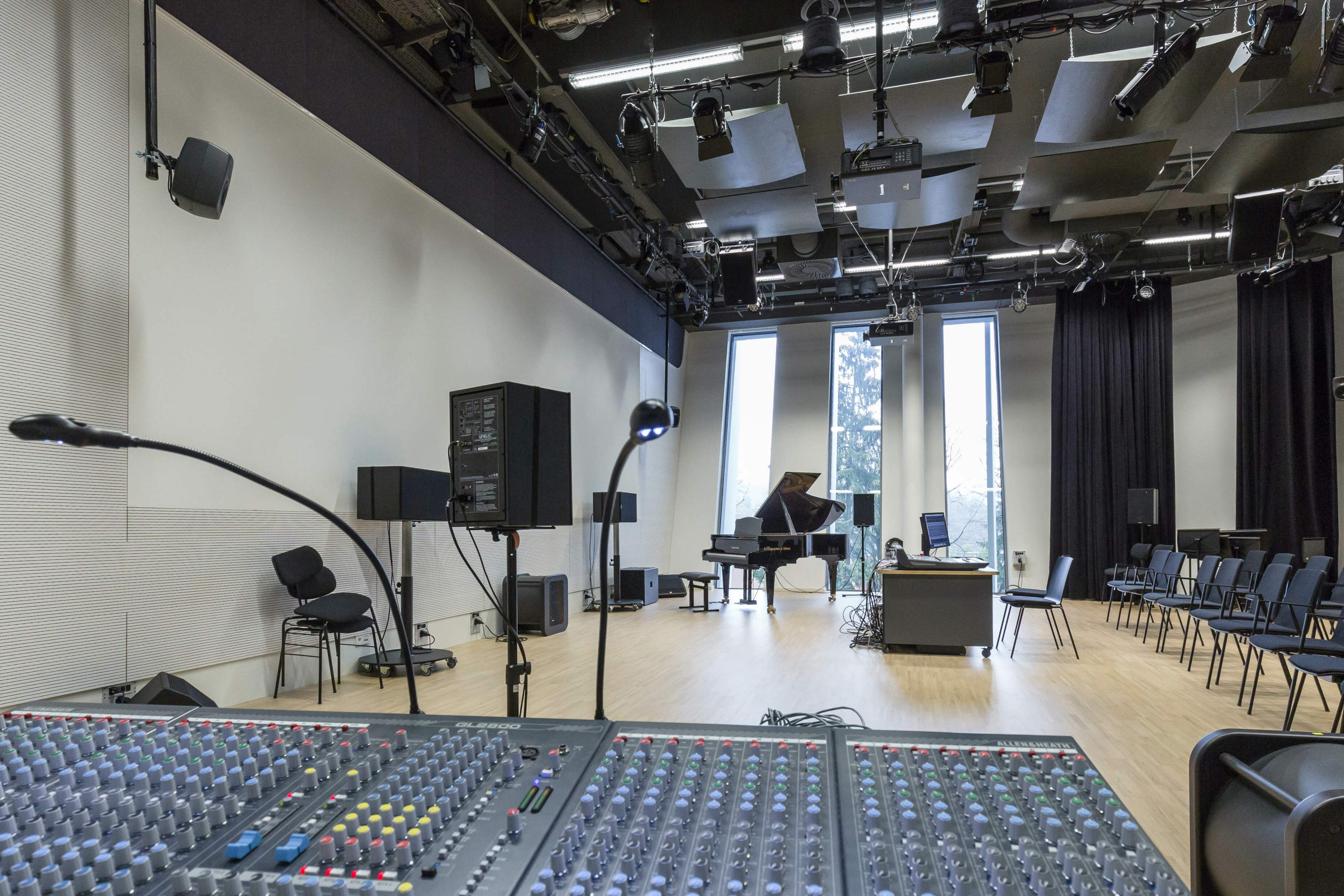 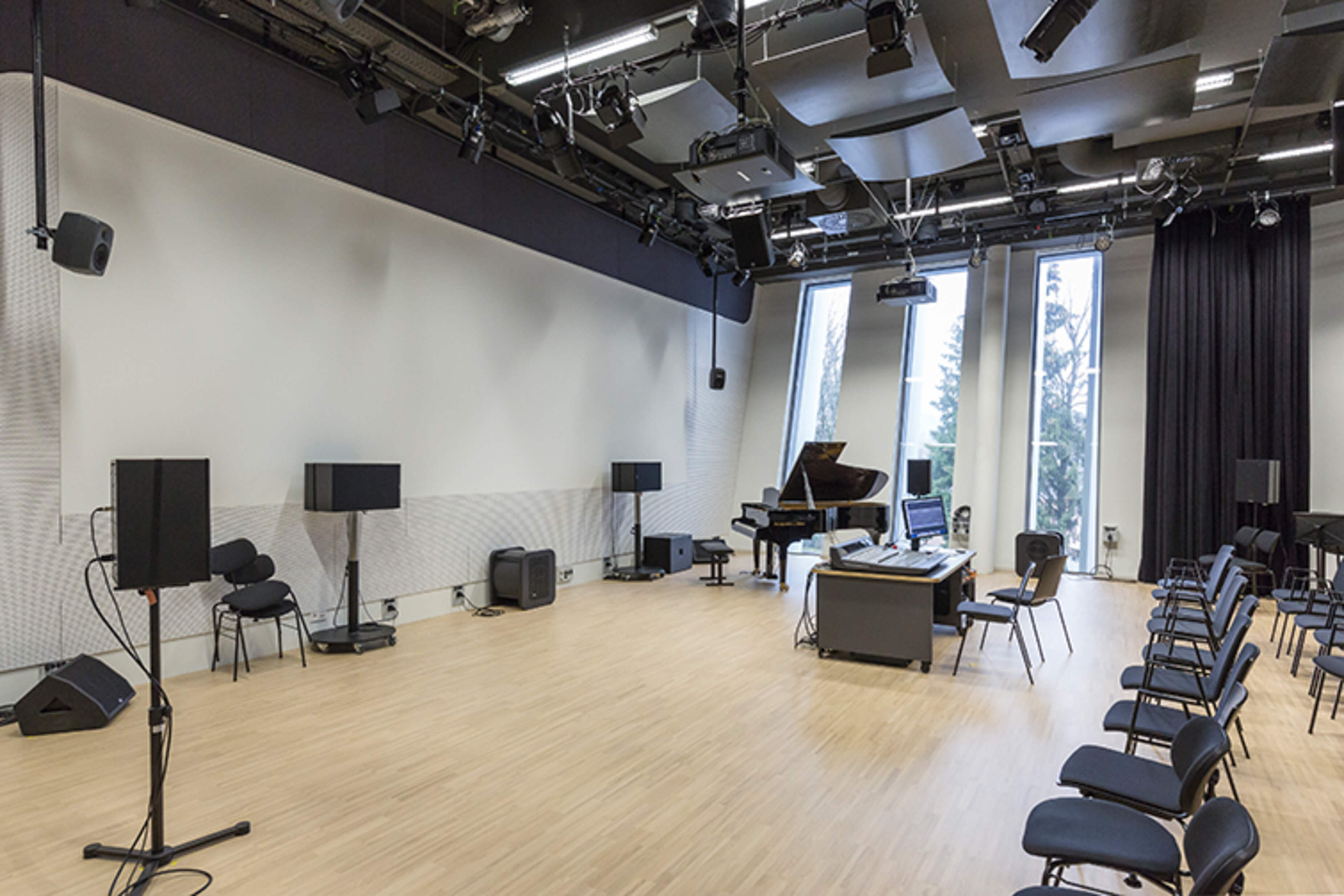 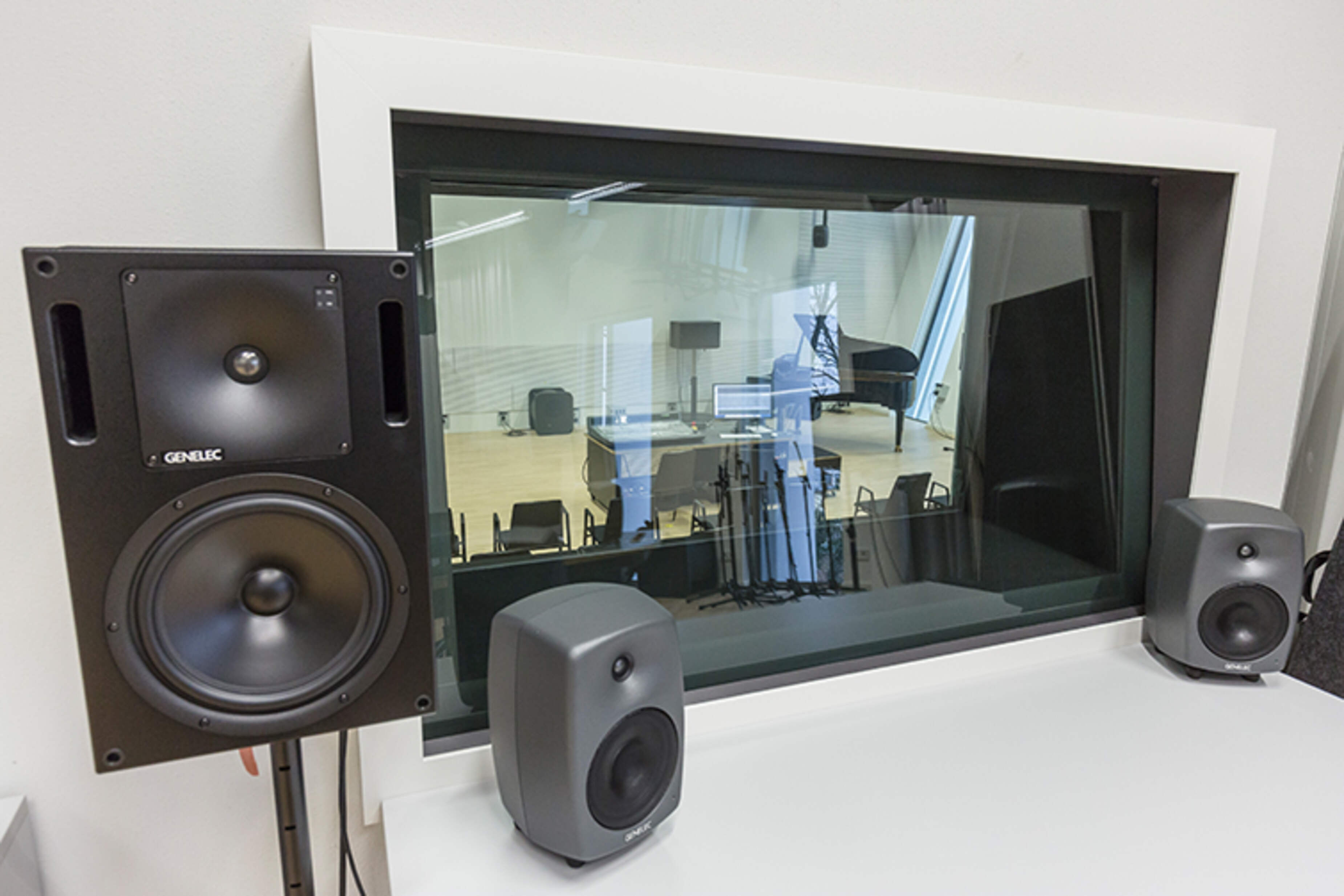 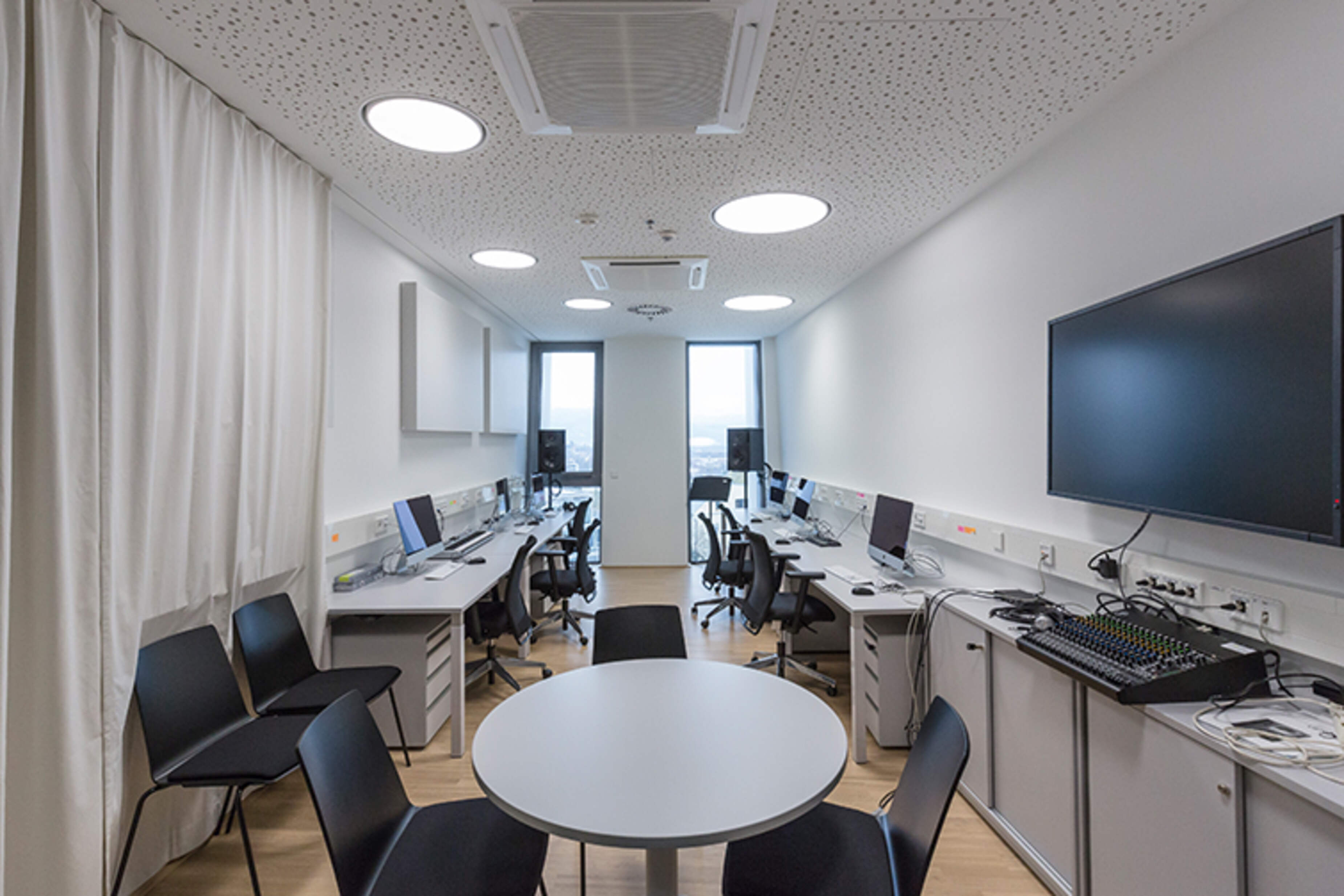 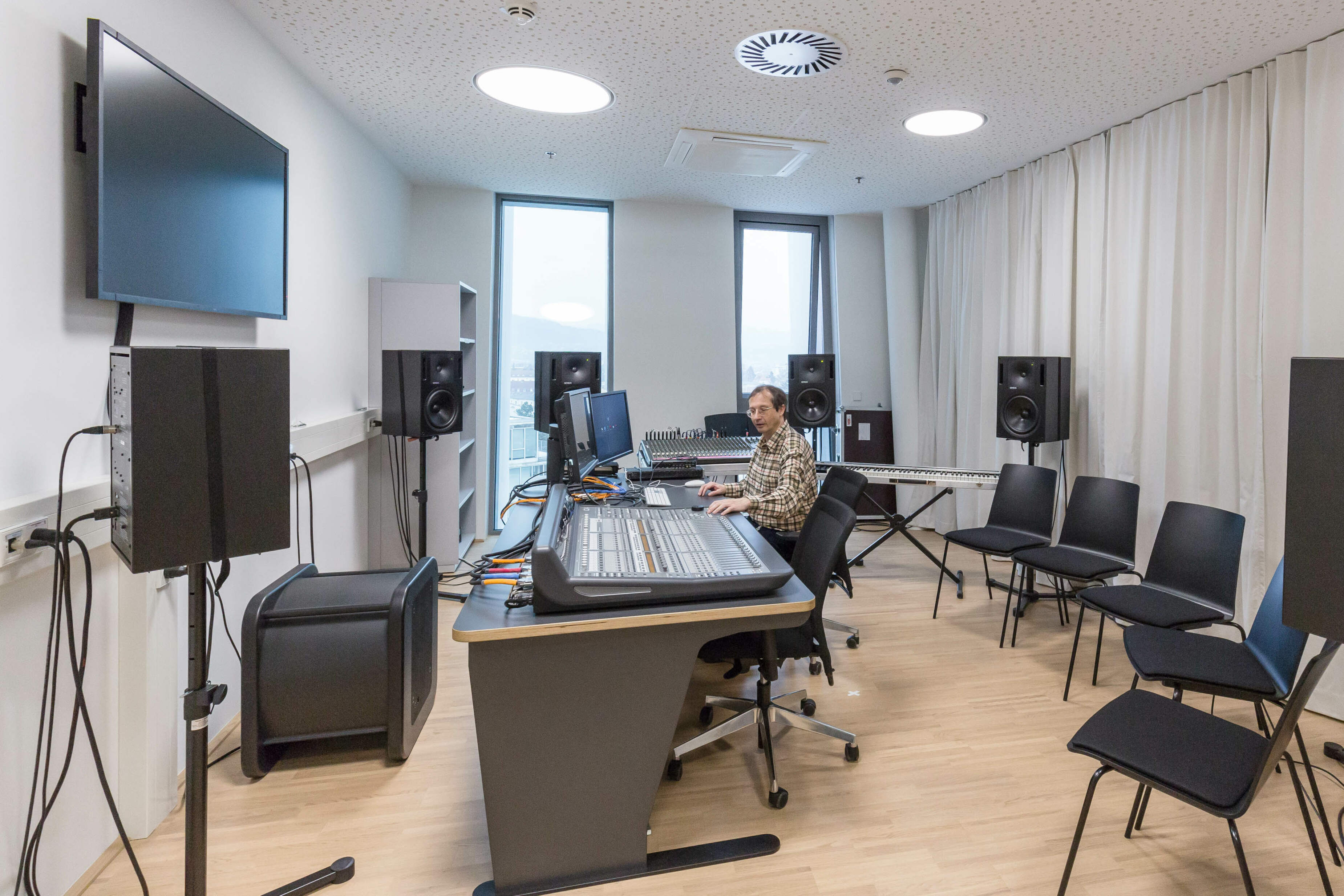 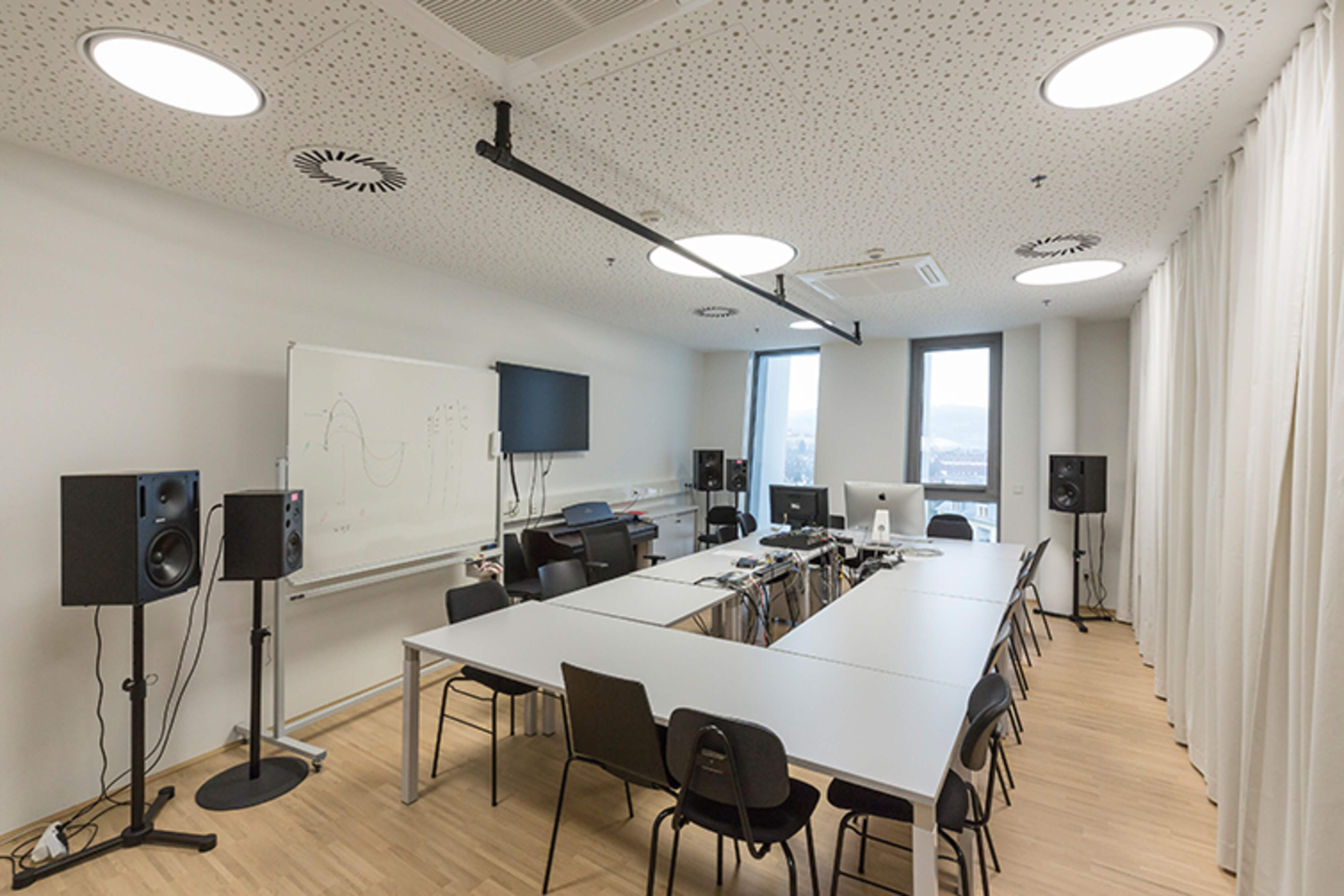 The Teaching Studio, the Production Studio and the Sonic Lab  are all equipped with a compatible multichannel system,  based on a Digidesign C24 DAW controller and a 32 Channel ProTools System, which  serves as  digital mixer,  playback and recording  system in a multichannel process,  combined with  such other basic software as Protools, Ableton Live, Cycling ’74’s MaxMSP, Final Cut, and many others.  In the entire ABPU building  MADI connection (digital  interface function) is designed to provide a multichannel  connection to  the Computer Music Studios, the  Sound Studio in the basement, the Sonic Lab, other  ABPU concert and ensemble rooms,  and the Jazz and Improvised Music control room.

Sonic Experiments from eliot on Vimeo. 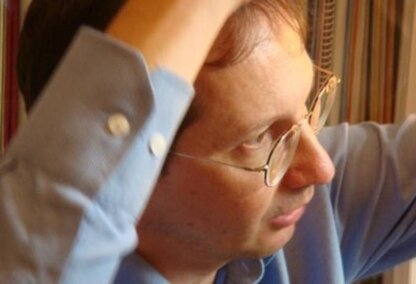 Head of the Computer Music Studio